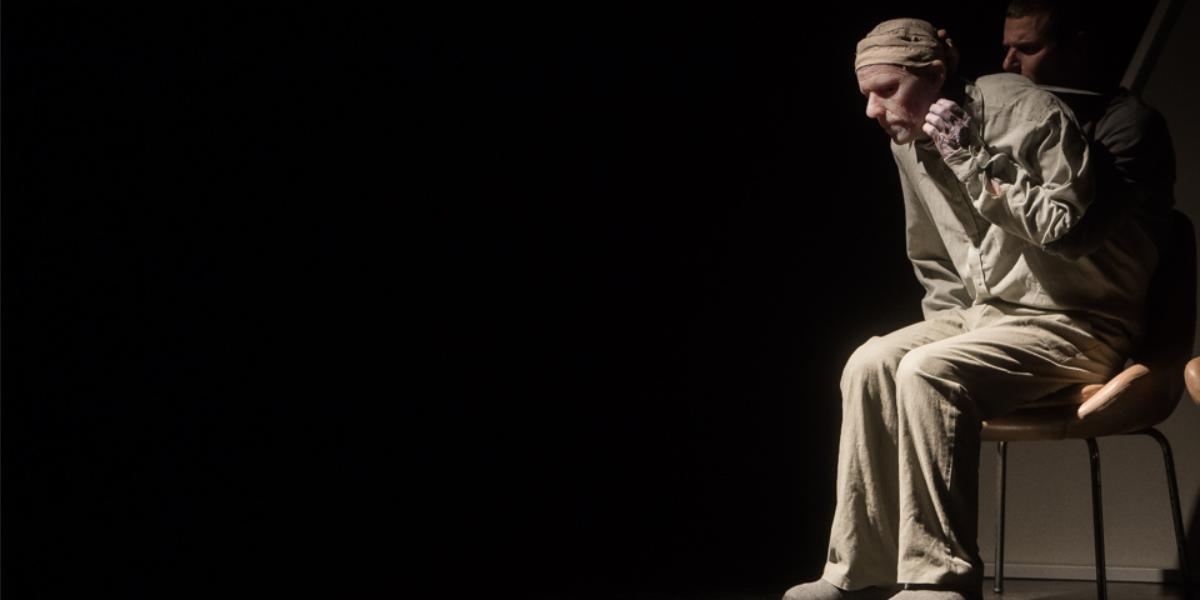 THE AGE OF SILENCE

We have witnessed closely the routines of institutionalized seniors.

We made ourselves available to just be, without questions or intrusions, to listen even without understanding, to try to look beyond what is seen. We observed that universe, very particular, knowing that eventually one day we will be part of it, if the body resists.

We live in a tension between permanence and transience in life and total impotence in the face of our condition of finitude.

This creation reflects on our relationship with the temporal dimension, putting in conflict the frenzy of contemporary man and the immediacy of everything, with the time of the elderly and their need for habits that, incorporated into life, become poetry of everyday life, appearing to establish an ongoing and lasting relationship with the world.

For about 40 minutes, two actors confront the spectator with a parallel reality, a reality that later will be, also yours. This spectacle is above all a moment of contemplation and reflection, about Man, about us.